Never let anyone else pitch your work

I joined an early-stage edtech startup in December 2015 as Head of Product and UX. The startup consisted of eight people in a room at the time. We had four months to create a strategy and then design, develop, and launch an MVP of a paid mobile app that would attract Series A funding for the company.

The first order of business was to find developers, and I knew just where to look. I had just finished working with three amazing developers from a full-service agency on a project in Berlin. These guys were the type of devs that any product manager would give their right arm for — not only insanely talented, but also very communicative and strategic, and able to mentor other developers on the project. Further, I had met the managing director of their Berlin office, who had given me a great insight into the agency’s culture and values, which I deeply respect. I was (heck, am!) deeply in love with this agency, and they were the first people I invited to pitch us.

The tech lead and I were the only ones to attend the pitch, as the CEO was off meeting potential investors. We didn’t have final say over the budget allocation (and the CEO wouldn’t really tell us how much he had allocated), but that would be fine, I thought. When the CEO heard about my past experiences with the agency and about how impressed the tech lead was with their pitch, he couldn’t fail to sign the check then and there. Right?

As expected, the pitch was great. Right away the agency pointed out some assumptions I’d made and things I hadn’t thought through fully, which we could scrap without any negative user impact in order to get the app out faster. They answered the tech lead’s questions and pointed out that the technology we’d been using on other apps (Xamarin) wasn’t really fit for purpose on this project. We left deeply impressed, and I asked the agency to send us their pitch deck and pricing in order to show our CEO.

This is where I failed (and so did the agency)

First, I was hellaciously naive and thought that pitch decks were supposed to speak for themselves — and, given my positive past experience and the success of the agency’s pitch to our tech lead, I was sure we couldn’t help but carry the day.

Second, what the pitch deck contained was a diagram describing the agency’s service design process (which, as I should have realised, flies completely over the head of CEOs who have never even heard of service design), and a price list broken out by person. 2 devs + 1/2 designer for 3 months: £90k. The price list came before the case studies of other great work the agency had done, so our CEO stopped on the price list and didn’t even look at the case studies. He also didn’t grasp the significance of the feature list for the MVP, which the agency had done so much good work already in helping me pare down — because neither of us explained the significance.

Our goose was really cooked when the due diligence I’d done in talking to other agencies and getting competing bids turned up a £30k bid from two random devs in Macedonia. They were nowhere near as experienced and they definitely weren’t a full-service agency who could help with service and visual design as well as development, but they insisted on speaking to our CEO and were very personable on the phone, making the most of their meagre previous experience.

The random devs won the bid, despite my placing their odds of completing the project on time at about 40%, compared with 95% for my preferred agency.

So why did the random devs win the bid?

Simply put, the agency unknowingly placed itself in direct price competition with the random devs in Macedonia by pitching us a certain number of warm bodies instead of their industry knowledge, service design expertise, and ability to consult with us on strategy and business processes as well as on technology.

The agency devalued itself by making it seem as though devs were all they had to offer us, and I didn’t know enough to insist that they pitch the intangibles to our CEO in-person.

In short, neither I nor the agency was really thinking of the CEO as someone who needed to be taught to value what the agency had to offer, and neither of us was considering his likely reaction from a psychological point of view. (£30k is a smaller gamble than £90k, and because of a quirk of our human personalities called “loss aversion”, he’d naturally rather gamble £30k at worse odds than £90k at much better odds — given his belief that the two bids he was looking at were for equivalent work.)

Why hire an agency when staff augmentation firms can do it cheaper?

When there’s a great match between an agency and a client, everyone benefits. First, because a good agency contains experts in the field who can sanity check a client’s requests and provide guidance and feedback that’s not available in-house. Second, working with great agency staff can motivate in-house staff to step up their game and move outside their comfort zone, which is good for both the project and the people themselves. Third, because when you hire an agency, you’re really hiring a process. A successful agency has a process that’s worked well for them and for other clients, and if the client is willing to absorb the best elements of that process, the benefits of the engagement can last long after the agency has rolled off.

In short, I wanted to hire this particular agency because I knew that we would not only get a great product in the end, but that through the process of working with the agency we would each improve as individuals and gain invaluable knowledge, which would in turn benefit the company for a long time to come.

Because the company was so small and young, with no real business processes set up, it would have been a huge boon for us to trial a winning process and modify it to suit us. And, in the end, I wanted to hire the agency because I thought that their values (openness, honesty, transparency, devolved decisionmaking) were something we sorely needed exposure to.

Unfortunately, none of this made it out of my head, and because the CEO was considering the engagement purely from a staff augmentation perspective, he went with the cheaper bid.

That meant that instead of being able to partner with experts who could push back or provide guidance on decision making or optimising our business processes, we ended up with a pair of developers who didn’t bring anything to the party but a middling knowledge of Xamarin.

Because we didn’t have the expertise or resources on staff to provide continual technical feedback and code reviews (which was the reason we needed to hire outside devs in the first place), we ended up with a fundamentally technically flawed product, and no time to fix it before our release deadline.

Agencies, please don’t do this to yourselves and your potential clients

If you respect yourselves and your staff, pitch to clients on the benefits you bring to the party over and above your technical expertise. Pitch on your process. Pitch on your past successes. Pitch on your industry knowledge. Pitch on whatever else you’ve got going for you. But please, for the love of dog, don’t pitch on 2x developers + 1/2 designer for 3 months. It devalues you as an agency if you reduce yourself to a purveyor of warm bodies.

Most of all, don’t let your supporters and well-wishers inside the client organisation simply forward your pitch deck to their boss. Insist (ever so politely if necessary) on pitching to the final decision maker yourself in-person. After all, it’s a rare client-side person that has expertise in pitching agency work — and no matter how much they love you, how much positive experience they have working on other projects with you, and how much they want to work for you themselves someday, they’re not going to pitch your agency as well as you could.

Take this from me, the client-side supporter, who knew all the benefits of bringing you on, and still wasn’t able to close the deal.

(And if you pitch work at all, do yourself a favour and read this book by Mike Monteiro) 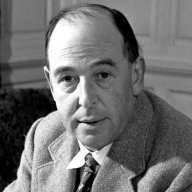 charlotte Administrator
Product, UX
Newer Post Creating a culture of learning at The Guardian: our Product and UX Toolkit Older Post Generalists vs. Specialists (and Unicorns!): When to Hire Each